Do you remember the amazing hotel I stayed in when I was in Siem Reap, Cambodia? I’ve shared many pictures with you guys, but I’ve never told you anything about this hotel. Above all, why it made our stay in Siem Reap and why I rated Jaya House River Park the “best hotel I’ve ever stayed in”. So, here we go! Instead of starting by describing its comfortable rooms, its elegant pools and the sophisticated design of the interiors, I first want to focus on something different, that I really think is worth supporting: its mission. The Jaya House River Park is, indeed, putting a strong, daily effort in eco-sustainability. A philosophy they’re proud of and enthusiast about and that they are supporting not only through their website and brochures, but also as a modus operandi that brings tangible and measurable results.

THE HOTEL CHAINS PROMOTE ECO-SUSTAINABILITY: IS IT REAL?

Many international hotel chains promote themselves as pioneers of eco-sustainability. For instance, promising to plant a tree for each of their guests in order to repopulate forests which would otherwise disappear. Have you ever received any information, such as the geographical coordinates of your “personal” tree? Would you be able to find it on the world map? Personally, I don’t. And the fun fact is that these chains are often the same ones that in the daily management of the tons of plastic and other harmful materials.

Thinking about this topic, there was something that bothered me. I then came to a conclusion: each hotel (or any other business) should be committed to protect and restore the ecosystem they belong to. Therefore, the same one that they are polluting. I think it makes no sense planting a tree in the Amazon rainforest if the single hotel pollutes and produces tons of plastic per year in another country, let’s say in Southeast Asia. Some might think: “Ok, but it’s still better than nothing.” Of course, planting a tree is better than not planting any, but it anyways doesn’t contribute to change the mechanisms that stay behind environment-related problems of a certain country. Not to mention the impact planting a plant on the other side of the world has.

To cut the long story short: there’s no consistency. It is like ruining the neighbor’s lawn and trying to redeem yourself planting a flower in the city’s most famous park. Even though people would think you are a benefactor, you would still have ruined the meadows of the entire neighborhood. 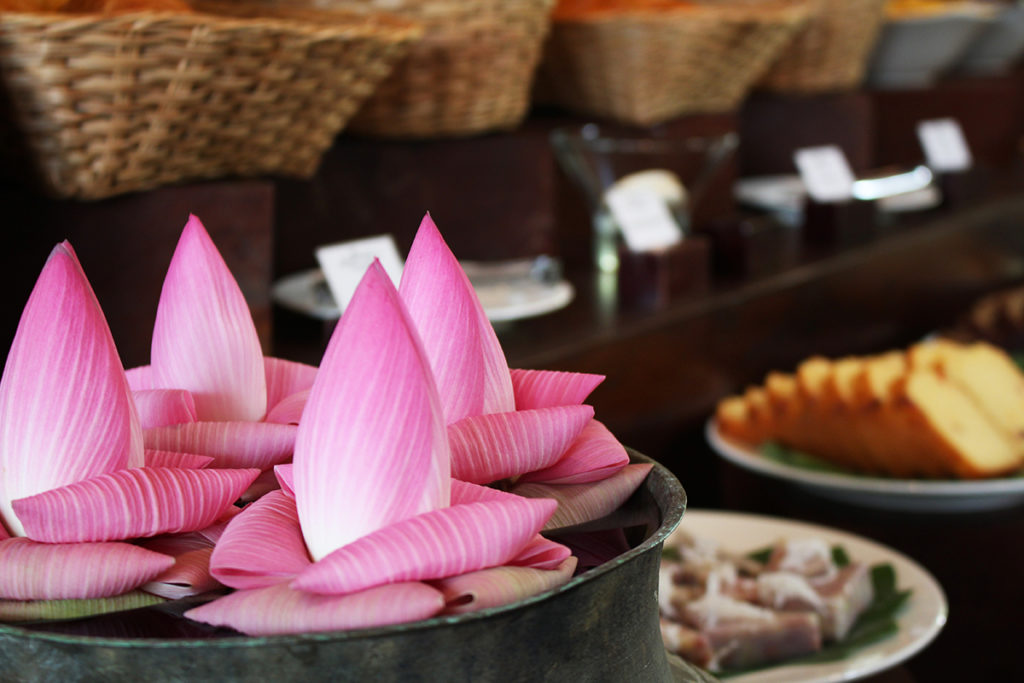 Cambodia, as well as many other countries in the world – especially in Southeast Asia – has always been facing a major problem with waste disposal. There are no regulations nor well-defined schedules to manage waste and there are anyways no means of transportation do so. That is how waste ends up accumulating at the edges of the roads, in real dumps in the countryside but also in rivers, whose flow gets even hindered by mountains of waste, which – in the worst cases – make the rivers overflow. Even in developed countries, such as the United States, as little as 23% of the sold plastic bottles ends up being recycled.

Jaya House River Park is a little but strong voice in the Cambodian panorama, working hard for the protection of the environment. I had the chance to have a chat with Christian De Boer, manager of the hotel, who’s originally from the Netherlands, but who’s been living in Cambodia for the past 11 years. The main problem – said Christian – is that the new generations have no environmental education. That’s a pity because eco-friendly initiatives should start right from the bottom up, in everyday-life habits. It is through all these small daily actions that each of us plays his/her own role in protecting the environment and it is only through mutual collaboration that tangible results can be achieved.

The approach of Jaya House River Park is a great example: since its opening at the beginning of 2017, this hotel has been planting hundreds of trees (347 up to February 2018, when I was there) along the street where it is located, once dusty and dry. It is therefore to be appreciated that the hotel has not only planted trees within its private area, but also on the public sole, providing neighbours with a good example and encouraging them to collaborate.

One of the main projects Jaya House River Park joined is the Refill Not Landfill project, a campaign that aims to revolutionise tourists-based water consumption in Cambodia. The idea is to replace plastic and in the whole country. The ultimate goal is to significantly reduce plastic consumption.

Did you know that a refillable aluminium bottle can last up to 4 years or more? Even if we assume a life span of only 3 years, a single bottle could replace more than 4000 bottles.The #RefillNotLandfill campaign has already received orders for more than 65000 bottles, which means a potential saving of 175,200,000 plastic bottles over the next four years. That would be a huge environmental and money saving.
This is how a relatively small group of local businesses have gathered, hoping for a better, greener world, both for themselves and for future generations. An example to be followed and worth to let people know, which is basically what I am trying to do myself through this article. 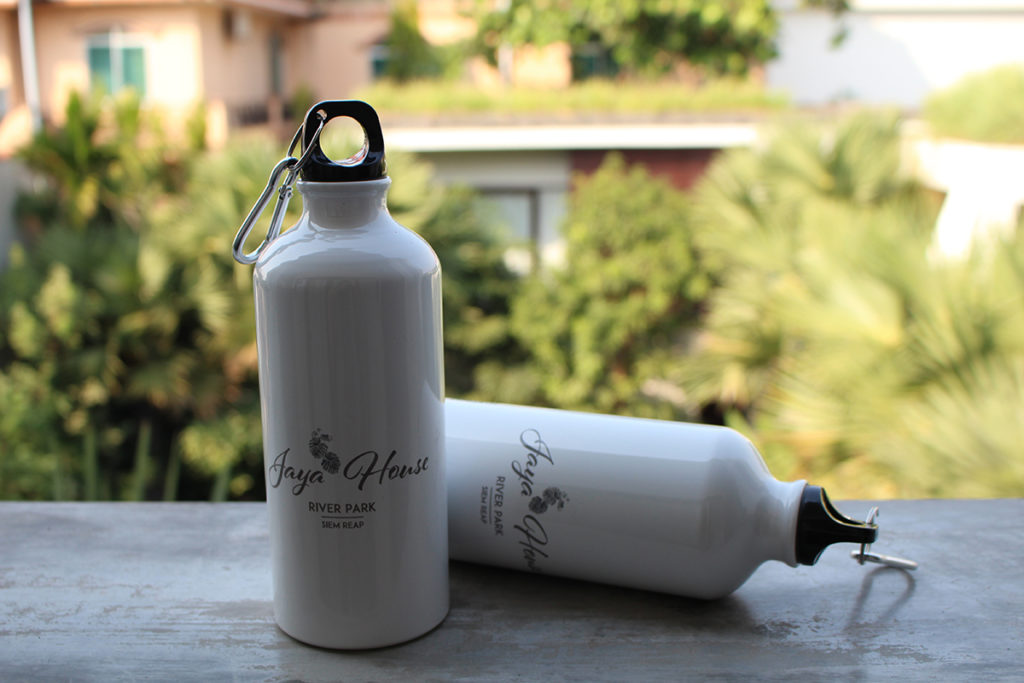 I want to thank the hotel management and the whole staff for having welcomed me at Jaya House River Park, a top-level hotel with a valuable mission, shared with enthusiasm and sincer. Jaya House River Park gained the very top position on the list of the best accommodations I’ve ever stayed in. I can’t help but suggesting you to go for Jaya House River Park for your dream stay in Siem Reap, just a few kilometres far from the most gorgeous temples in the world. 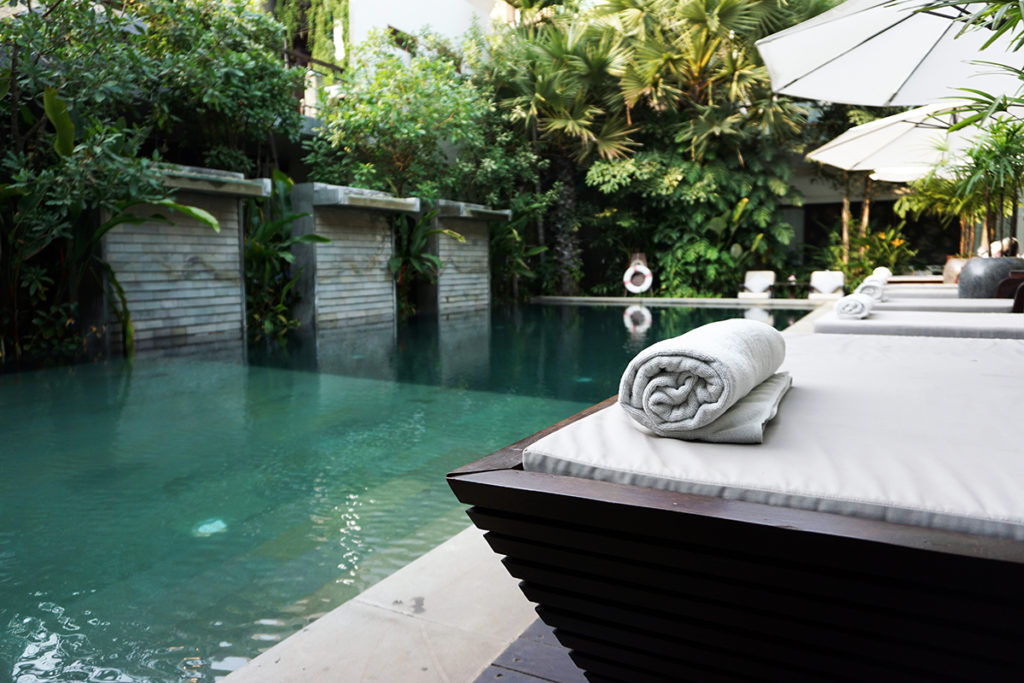 One of the two gorgeous pools 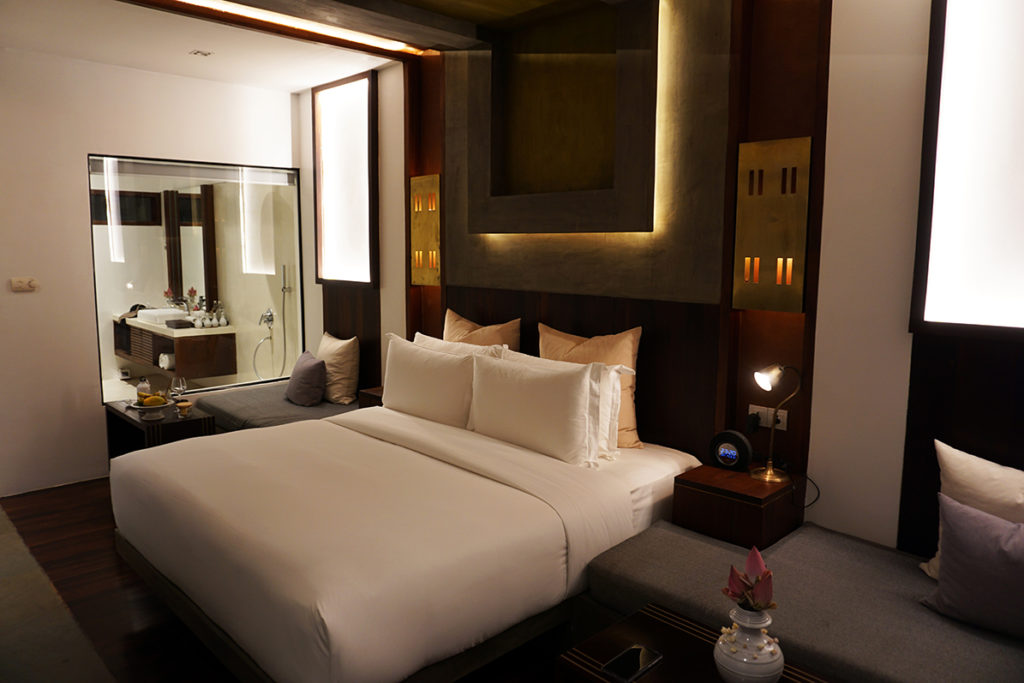 Back to Top
We use cookies to give you the best online experience. By using our website you agree to our use of cookies in accordance with our cookie policy./ Utilizziamo i cookie per essere sicuri che tu possa avere la migliore esperienza sul nostro sito. Se continui ad utilizzare questo sito noi assumiamo che tu ne sia felice.OkLeggi di più